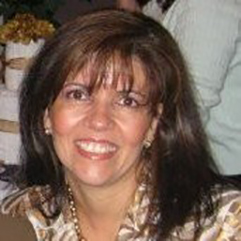 Grace Barone, a native of Ludlow, MA has recently been welcomed as the Executive Director of the ERC5- East of the River Five Town Chamber of Commerce. Grace joins the ERC5 with the drive and passion to unlock opportunities to bring people together, share ideas, and learn from one another to promote business environments that foster strong economic growth.

During Grace’s career she has served as owner of a successful bridal boutique for 17 years, was a certified Dementia Practitioner & Senior Living Counselor with Keystone Commons, Chair of RMDA, Retirement Marketing Directors Association, for four years, as well as Marketing Chair of the Walk to End Alzheimer’s. In addition, Grace also served as Alzheimer’s Impact Movement, AIM, advocated to Congressman Richard Neal and was instrumental in recruiting advocates from the Pioneer Valley to assist in the passing of bill H.4116, An Act relative to Alzheimer’s and related dementias in the Commonwealth.

Grace has also developed a love of running which has translated in her recently being named Co-President of the Pioneer Valley Women’s Running Club. In her free time, she enjoys running races throughout New England and meeting other runners along her journey. This helps to keep her in shape, so she can chase around her three adorable grandchildren, Sophia, Carter, and Joey. Grace is a mother of two beautiful daughters, Kristen & Marisa and married to her loving husband of 36 years and counting former East Longmeadow Detective Joseph Barone.